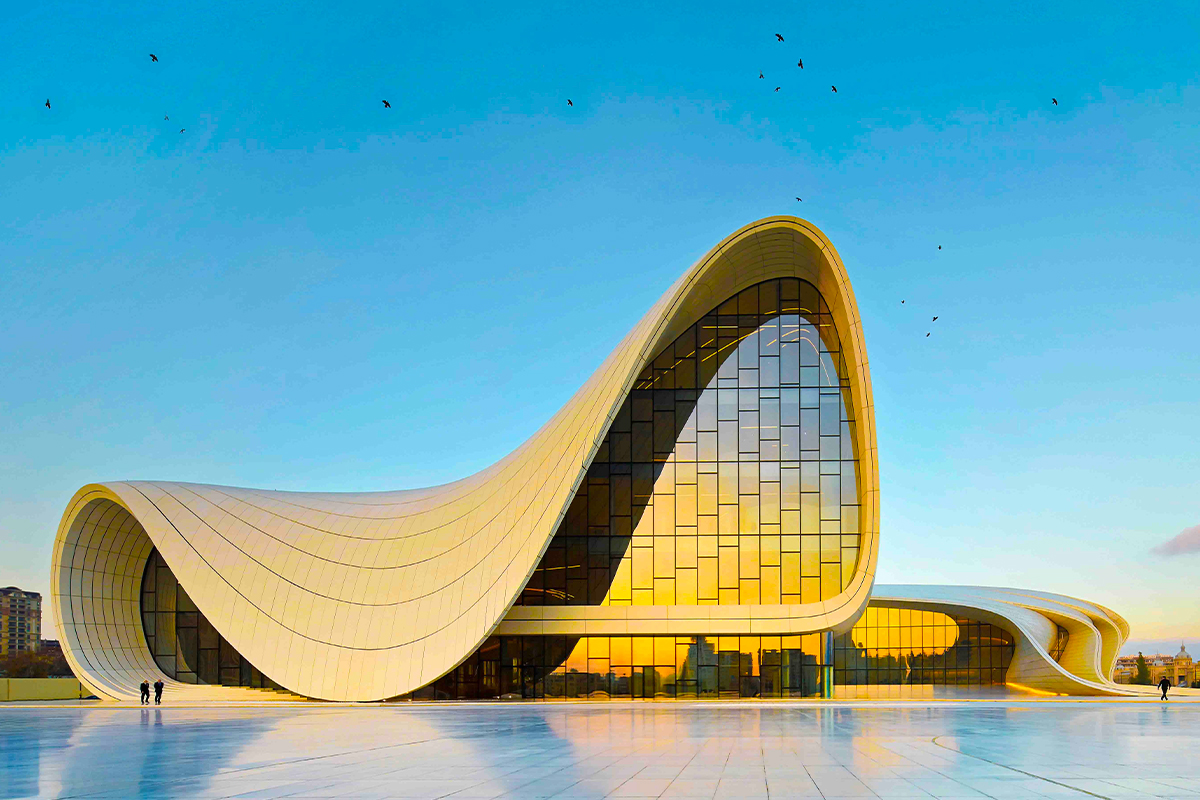 Zaha Hadid was a British Iraqi designer. She was best known for her work in architecture in the late 20th and early 21st centuries. She was born in Baghdad and originally studied math in college and then later enrolled at the Architectural Association School of Architecture. Some of here major design influences were Suprematism and the Russian avant-garde. Hadid was the first woman to receive the Pritzker Architecture Prize and was the first woman to be individually awarded the Royal Gold Medal from the Royal Institute of British Architects.

Hadid’s work contains bold geometry and a wide arrange of organic type buildings. We will explore just a few of her more major works. First the Guangzhou Opera House: this was the first of a number of projects that Hadid completed in China. The 70,000 square meter building was described by Edwin Heathcote from the  Financial Times. “Hadid produced a building that seems to suck the surrounding landscape into a vortex of movement and swirling space… appears both as alien object in a landscape of incomprehensible vastness (and often overwhelming banality), and as an extrusion of the peculiar nature of this landscape”.

The Dongdaemun Design Plaza is a large building located in Seoul, Korea. The building houses a number of galleries and a Museum along with other amenities. Hadid described her design objectives for the building to be “transparency, porousness, and durability.” The building also includes a number of sustainable features such as solar panels and a water recycling system.

The Port Authority Building located in Antwerp, Belgium was the only government building that Hadid designed. The building creates a very stark contrast between the original building constructed in 1922 and the add on finished in 2016. This was one of the last works Hadid completed before her death this same year.

Throughout her life Hadid was one of the most important architects of modern times. Her bold designs pushed boundaries on what a building should and can look like. She designed a wide range of buildings from those shown here to many others. Ultimately she left a legacy that will influence architecture for many years to come.