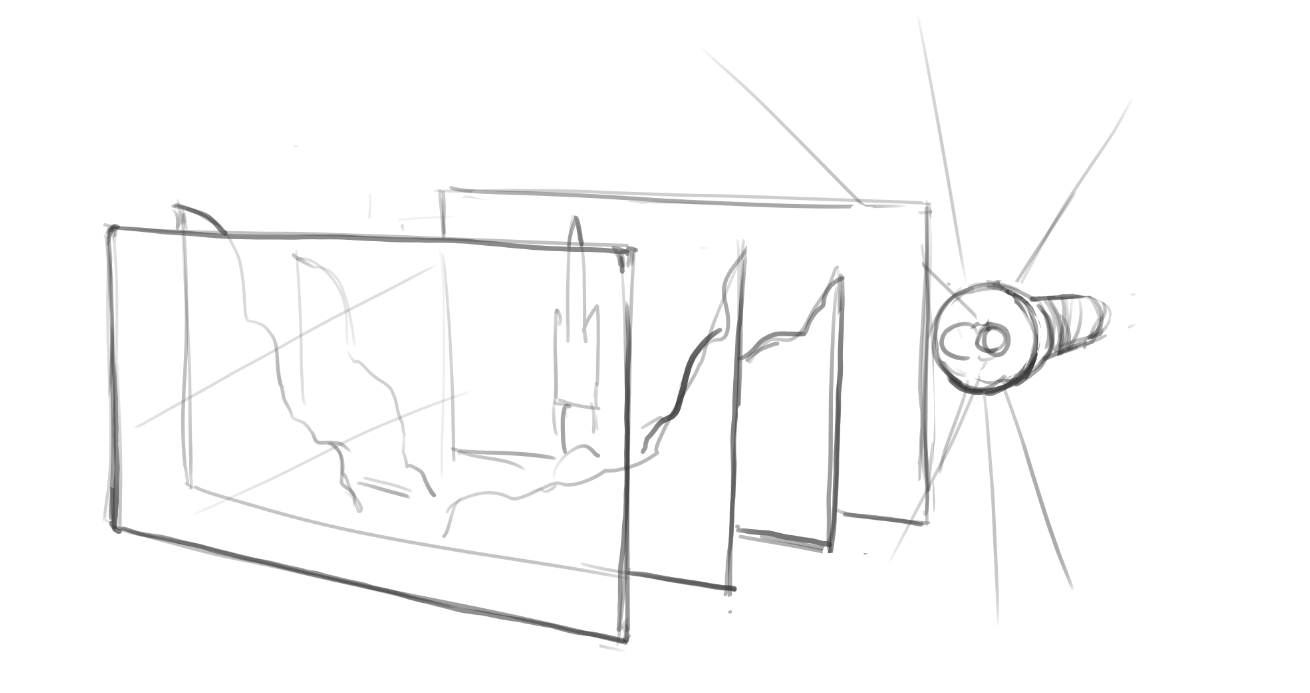 Inspired by rockets and the space industry, the design and aesthetic I’m pursuing for this is focused on a rocket launching from a launch pad. Exhaust plumes will frame the focal point of the image, the rocket.

To create the paper-cut light box, some materials are needed. Paper is obviously one of the main components of the design, and must be thick enough to be structurally sturdy but also thin enough for the light from the LED’s to shine through. I’ll need to get a few different types of paper to fully choose which ones I would like to go with in the end.

In addition to paper, the layers will be made up of foam to separate the layers. This is so that there is some dimensionality and depth to the scene that is created, and also adds an additional amount of distance that the light has to traverse per layer. These will also serve as structural support for the layers.

In terms of lighting, I will require LEDs with multiple colors to create the desired effect of having the project change over time. They also might be controlled by a microcontroller, so looking into Arduino for programming and creating a flickering effect is one thing I might do. The flickering would be to establish the idea that the rocket is currently launching, and that the flame-like behavior of the light could mimic the exhaust of the rocket. Also, one idea is to have almost a point-light or a single LED at the point the exhaust leaves the engines of the launch vehicle so that the effect of launching is further enhanced.

For the layers, I want a combination of organic and geometric shapes, different for each layer. For each layer to be unique, I need a few layers to consist of the exhaust clouds and some that depict the surrounding infrastructure of the launch pad. A glass or acrylic panel to seal everything inside could also be used to keep it safe from the outside environment.