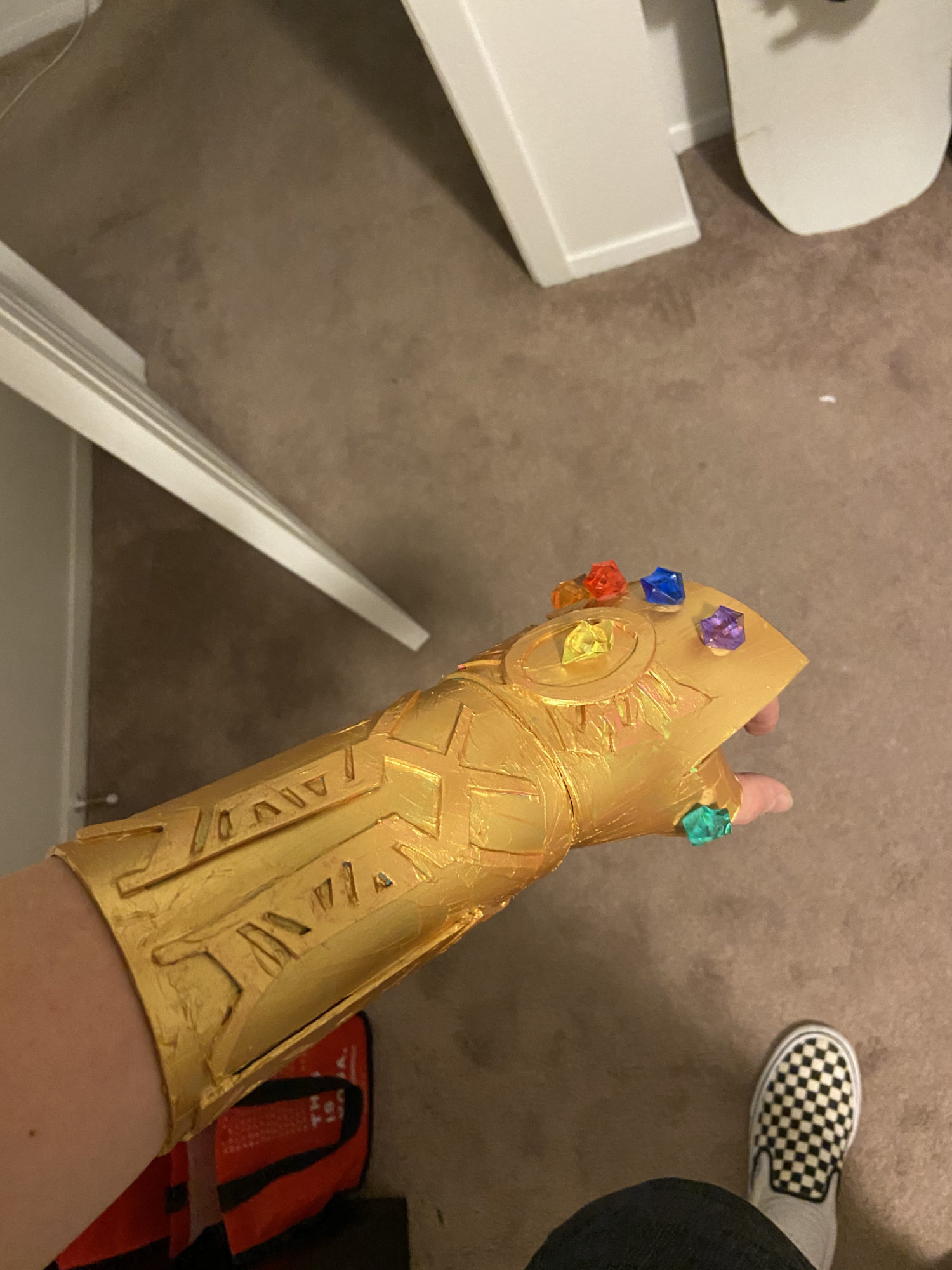 I am a big fan of Marvel movies and wanted to make something that is from the movies. One of the more prominent characters in the recent films is the infamous villain, Thanos. He wears a gauntlet in which he can carry Infinity stones to which he can use to wipe out mass populations. This Gauntlet is shown throughout the final two films and is something I wanted to attempt making. Below is a visual representation of Thanos’ Gauntlet.

From my initial opinion of the aesthetics for this project I envisioned a mixture of a norse aesthetic and a space aesthetic. These aesthetics were envisioned to be accomplished through how I cut and assembled the foam, and by the paint and jewels I decided to use.

There were some complications in the fabrication process as well. The fingers of the Gauntlet were by far the most complicated component of this project. I tried many different formations of finger cut outs and different forming techniques, but could never succeed. For future iterations of this project more in depth research will be done to properly create the fingers.

In my original plans I anticipated that I would be integrating LED ball lights at the bottom of each stone and having fingers on the final Gauntlet obviously. Given time and artistic talent constraints a completed Gauntlet could not be assembled. In terms of aesthetics, I think I made a good attempt at the norse aesthetic by making the “engravings” seem like woven metal. It was not very accurate however. In terms of the space aesthetic, I think that the way I painted the Gauntlet and the addition of the stones encapsulated that aesthetic well. For the functionality aspect of the project, I can move my wrist and arm freely. One fun part about this project is that I can still snap my fingers like Thanos did in the movie. In terms of what I am going to do now with the project, I may keep it or I may start over and take another go at a later date. Overall, this project really challenged my artistic abilities and made me really reconsider choosing this project at the beginning. Below are different views of the Gauntlet I was capable of making.

All other images were created by myself.