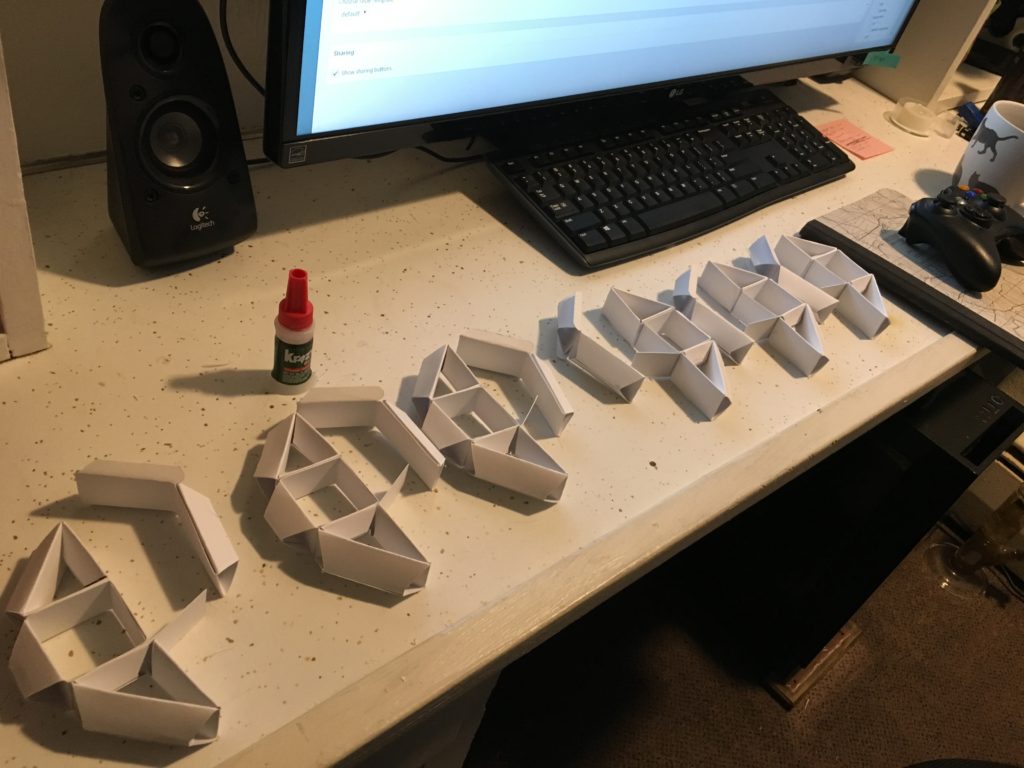 I sat down, all my supplies purchased, everything planned out, and a prototype leg even made. But, as design goes, deviations from my planned path arose, and I was forced to rethink my route. I had my end goal, and my starting point. I believe that in design, you have at minimum a vague idea of what you want to have as a product. It can be as vague or concise as you desire, but it is still an end goal. You may deviate from that goal momentarily, but you always end up back where you had originally planned on ending. My original plan to get me to my end goal consisted of 6 pairs of legs, and possibly the ability to move using wind. This end goal was the idea of recreating the walking machine inspired by Theo Jansen (if you are unfamiliar, check my previous posts Overview of Strandbeest by Theo Jansen and Upcycle Thoughts: Kinetic Walking Sculpture). On the way to my goal, I had found that the process of construction was much more time consuming that I had originally planned. This led me to make the choice… suck it up and push through the extra hours of work or… decrease the number of legs in half and do a set of three. I chose the latter. I wish I had the patience and time to make all six sets of legs, but I unfortunately don’t. The next hindrance I came across was in the design itself. I had found a design online for the legs. I did have to adapt to my own need a little, but not too much initially. I then realized that this design was missing some key components to my design, and had some extra components that my design did no require. So… I had to come up with my own solutions. Thankfully it was not too much effort, I did make a prototype which led me to some epiphanies and insight on the design. And from there I made the necessary changes and am moving forward. I still have work to do, and will most likely run into more nuances. But as relentless as the design process is, I shall prevail. I hope.