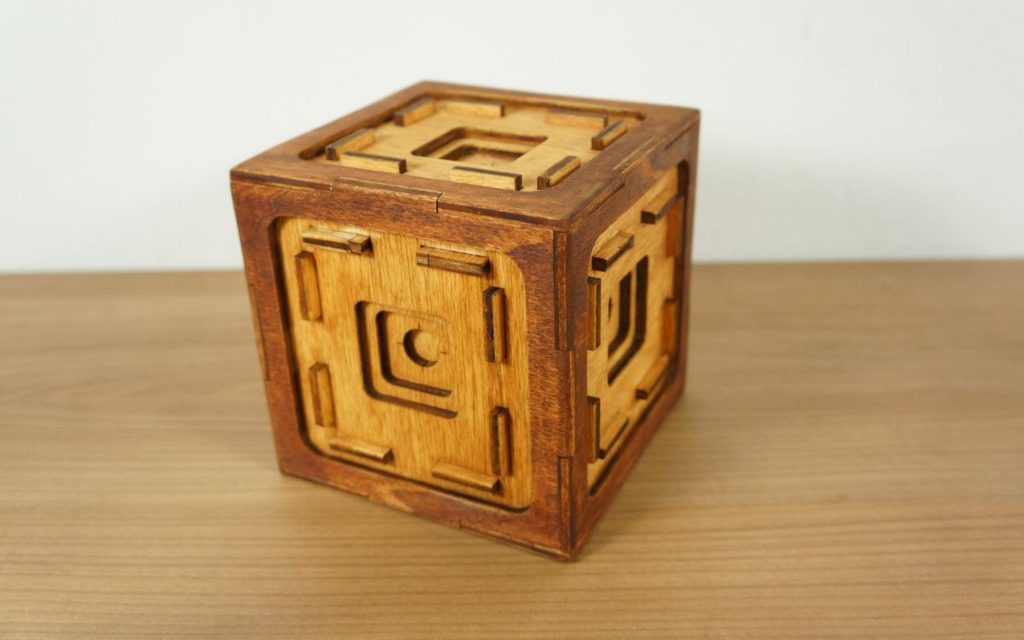 Who doesn’t enjoy a good puzzle?! Mechanical puzzles are a great way to exercise and train the brain to think “out of the box”, so to speak. I distinctly remember having a small mechanical puzzle kit as a child. It included a few puzzles composed of some very simple components like metal rings and string, but some of the puzzles were very difficult to unravel. They all began as disassembly puzzles and then doubled as assembly puzzles once all the components were pulled apart. These along with creating other puzzles were some of my favorite things to do as a child. Therefore, I have chosen to construct a disassembly puzzle for my main project. At the moment, I believe that most of the puzzle and its components will be made from wood for an added aesthetic quality. Below are some examples of mechanical puzzles that have already been created. I intend to make my puzzle difficult, but not to the extent that some of them have reached (a 65-move box puzzle). As for size and mechanisms, I drew a lot of inspiration from the Lotus Puzzle Box video below. I want my puzzle to perform in a similar fashion.

Rubik’s cubes are likely the most recognizable form of mechanical puzzle. As a young student, I had a simple 3×3 version that I messed with when I needed to get my hands on something. One of my classmates, however, was a competitor in Rubik’s cube speed and complexity competitions. It was from him that I learned that Rubik’s cubes do not only come in 3×3 form, but in many different forms, some of which are shown below.

While solving a Rubik’s cube can seem somewhat trivial, solving a randomly oriented one of any size in under ten seconds (what my friend was capable of) is utterly unfathomable to me.

The cryptex used in the DaVinci Code, is also an example of a mechanical puzzle and is more along the lines of a disassembly puzzle than a Rubik’s cube. A cryptex requires the user to discover the unlocking passphrase or combination of letters that will release the internal hollow cylinder (usually containing the goodies) from the rest of the puzzle.

While some have found that making a cryptex from cardboard or 3D printed material is also successful, the most artistic forms often resemble the one shown above. I haven’t been able to obtain information on someone who has made their own artistic version like this one yet, but the page that this image belongs to includes a step-by-step process on solving it from the owner. Since, so many have been created and solved, I am certain that there are people who have created their own.