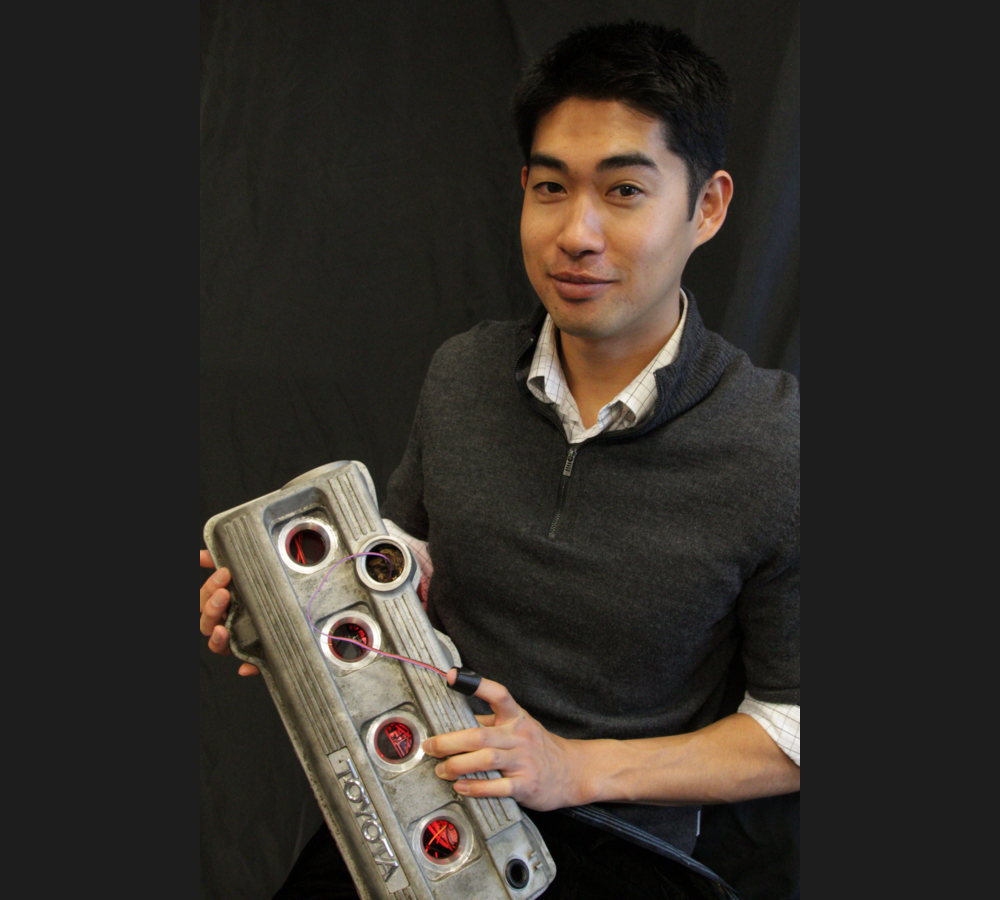 Now that the project is over, I can relax and reflect on the semester and the two projects from this class. After seeing many great projects from other students, I have been enthusiastic about creating something similar myself. I think I am happy with how my project turned out, and I will put that to rest and move on to something else. The heart rate LED monitor turned out pretty close to how I first envisioned it. The only difference that I wish I made was to use larger LED bulbs that protrude out of the valve holes, and also to include an LED screen to display the heart beats per minute.

I learned from my project that everything seems to take longer than you expect, and a lot of planning ahead of time can save you a lot of effort in the end. From this class, I learned many aspects about aesthetics that I had never even considered before. Some of my favorite topics were:

I’ll probably set my project down in my cube at work and have it there as a decoration. As an added bonus, I can have stressed out colleagues come to my cube and have them take their heart beat.