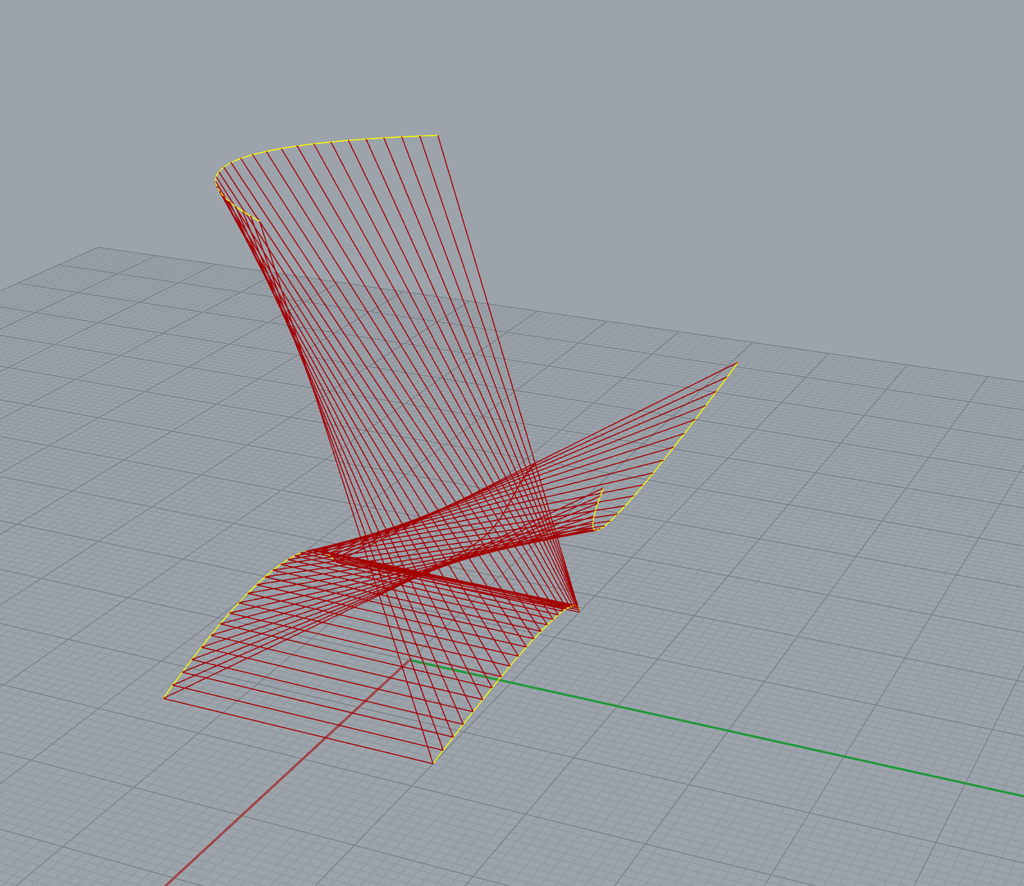 4 years ago
Jack Plantz
Current vs 20th century design movements 2019
No Comments
So, I’ve been thinking about changing my project idea. I like my ultralight tripod idea, but I’m realizing that implementing an aesthetic is difficult when the core aspects of the design are more functionality oriented. I want to design the tripod to be as lightweight as possible, so applying an angular and geometric aesthetic to it ends up adding weight and making it more difficult to use. I have an idea though, and I think it will align well with the goal of this class’s final project. I want to make a chair out of climbing rope.
I love to rock climb. I started in high school and it’s been a huge part of my life ever since. It’s taken me to incredible places, and introduced me to some of my best friends. From all these years climbing, I’ve worn out and decided to stop climbing on two of my ropes. But I still love having them around, old ropes are very nostalgic. Here’s a short piece about ropes I wrote for one of my writing classes:

There’s an emotional connection associated with ropes, for me at least. Tying in before a climb is an almost sacred act, a little ritual where both climbers bend the rope around itself, forming the shape that their life depends on. Then each checks the other’s work, ensuring the rope does indeed follow that precise path; one that cinches down and becomes stronger as more and more tension is applied. It’s a simple act, but vitally important; after leaving the ground, the knot is trusted with absolute certainty. Anchors are designed for redundancy, carabiners and protection are backed up by others lower on the rock. But there’s only one rope, one tether to connect the climbers, both to each-other and to the world they come from. It’s how I imagine astronauts feel before stepping though the threshold of an airlock. They check once more that their tether to humanity is properly secured, before stepping into the void.

I recently retired one of my favorite climbing ropes. I found a section where it had frayed almost all the way through to the core. It’s the second rope I’ve retired, and I might be coming close on a third. Anyone who climbs for long enough ends up with a pile of old ropes, worn and pilled and frayed just a hair too much, so that tiny shadows of doubt creep into the mind of the climber. Those shadows are much more dangerous than any damage to the rope itself. Actual cases of ropes breaking due to overuse are very few and far between. But as you move above a potential fall, the thought that your tether might not be reliable is the last thing you want on your mind. And so it’s safe to stop climbing on ropes once they’ve seen a certain amount of use.

But simply getting rid of a rope feels wrong. All those frays and nicks come from the incredible places its gone, all the memories its been a part of, all the friends it brought together. I still have the first rope I ever climbed on, and it has its place next to all my other gear. It’s purpose is no longer to catch falls or haul bags or rappel. It’s for running through your hands, feeling the worn texture of its fibers, and knowing that a small piece of every rock it ever touched is likely still imbedded within its weave. It’s for remembering the adventures of the past, and dreaming about the ones to come.

I really do have a ton of ropes lying around, and living with six other climbers doesn’t help. Nobody wants to throw away their old ropes, but they don’t do much just sitting in a closet, even as a piece of nostalgia. So I wanted to use this project as an opportunity to make something useful out of all these ropes. I thought a chair would be a cool use of the rope, and I found plenty of examples online. My favorite is this one:

I like how the entire sitting surface is made using the ropes, and that it uses the slight stretch in the rope to allow it to deform to a person. I like how the ropes intersect past each other, but from the side they look like they pass right through each other. I realized after looking at this for a while that if I used this same technique but on curved lines, It would create a really interesting apparent double curvature that results entirely from the straight sections of tensioned rope.

To explore this idea, I made a simple grasshopper program to draw lines between four curves at equally spaced points. This allowed me to mess with the curves and try out different geometries. I like having the two opposite curves of each sitting surface be curved in opposite directions because it gives the appearance of switching concavity which I think looks really cool.

As for aesthetics, I plan to develop this chair with a mid-century modern style, with some ideas drawn from Italian futurism.  I want to use lots of curves that swoop in opposite directions, with the ropes intersecting midway thought the chair. I plan to have the frame of the chair interfere minimally with the paths traced out by the ropes so that this intersecting. geometry is highlighted.
I think I will end up continuing my tripod design as a final project in my Form class where I’ll be able to design it with aesthetics as less of a high priority. For this class I think this chair fits more within the goals of the class, and I’m excited to continue designing and building it!