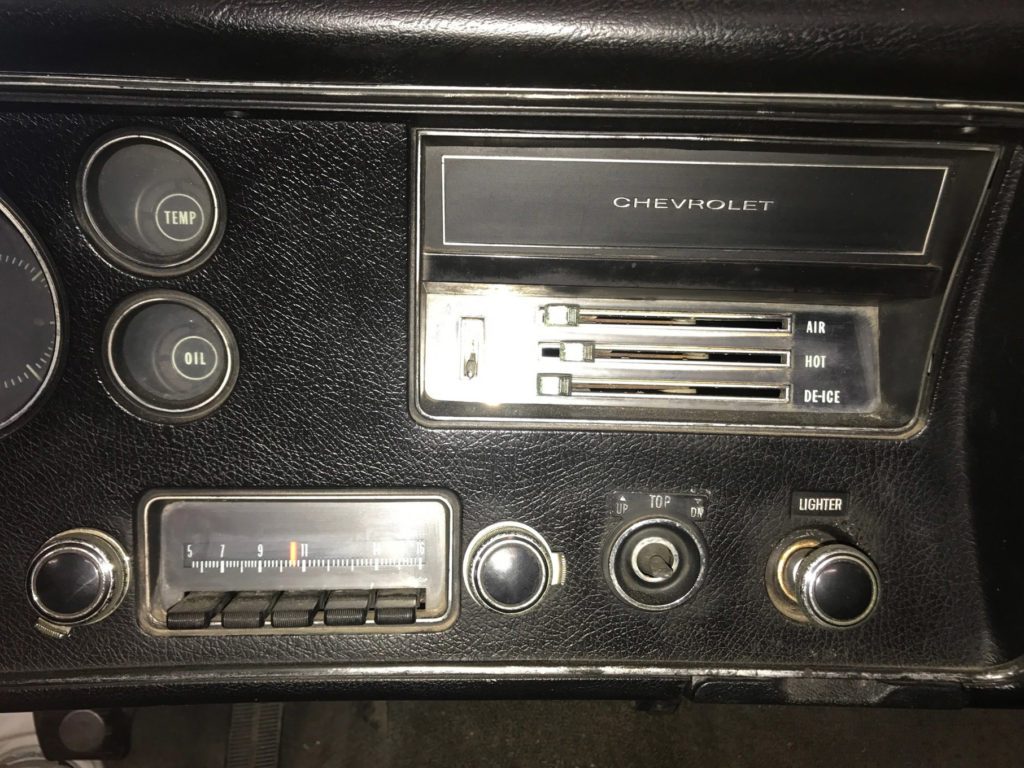 I will be building a car radio unit for my final project. It will be going in a 1970 Chevrolet and it must not look out of place in the vintage dashboard. If I had to compare my desired aesthetic to one of the major 20th century design movements discussed in class I’d say it is closest to post-war design/mid-century modern. It is certainly after the “Streamlining” movement. The streamline movement is generally said to have wrapped up in the 1950s, yet some car manufactures retained these style elements and liberal chrome usage into the mid-1960s. Post-war design features less chrome and avoids features that do not contribute to function, yet not to the degree of Bauhaus and similar movements.

We were tasked with applying three wildy differet aesthetics to our projects. I created some sketches, but my sketching skills do not convey the ideas as well as they could. They all have the same dimension limitations.

I later realized that I actually have a car radio unit from that era:

Next I tried to go for a steampunk aesthetic.

Conrad Trybus
My name is Conrad and I like bus stuff. CU Boulder B.S. Mechanical Engineering Class of 2019
Previous Post
Comparison: 50s aesthetic to other fashions of the 20th century.
Next Post
Current vs 20th Century Design Movements