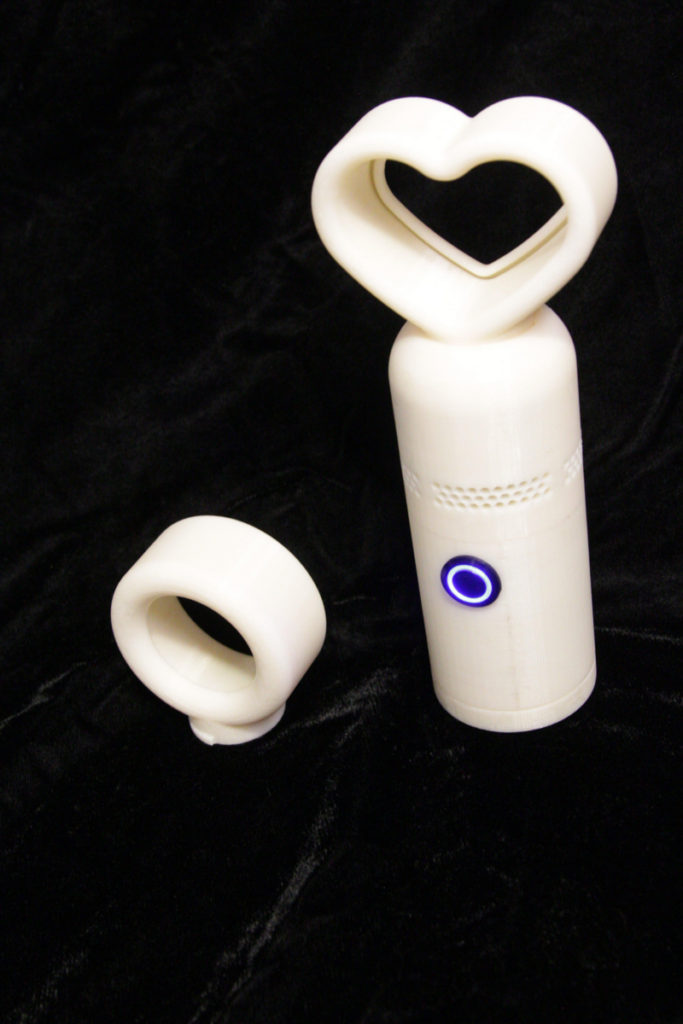 This project is part of an aesthetics of design course which required the final product to be dynamic in some sort of way. My inspirations for this design is from the Dyson bladeless fans. I was fascinated by the technology and wanted to implement it in my own project. The product was to be relatively small compared to the normal Dyson fans so that it could be portable. One design criteria was that the head piece had to be interchangeable, this is to allow different shapes for the head piece to fit the aesthetic of the users choice.

At first I wanted to do something with ion propulsion. Or generating an ion wind and using that to do work. I thought of creating a fan that ran off of the same technology as used for ion thrusters. I became worried that the ions produced in this process could have adverse health affects if inhaled in large quantity. Rather than researching too much into the health concerns I decided to disregard that idea. However, it did get me thinking about fans and after viewing a video made by Dyson on how their bladeless fans work I decided to move forward with that idea.