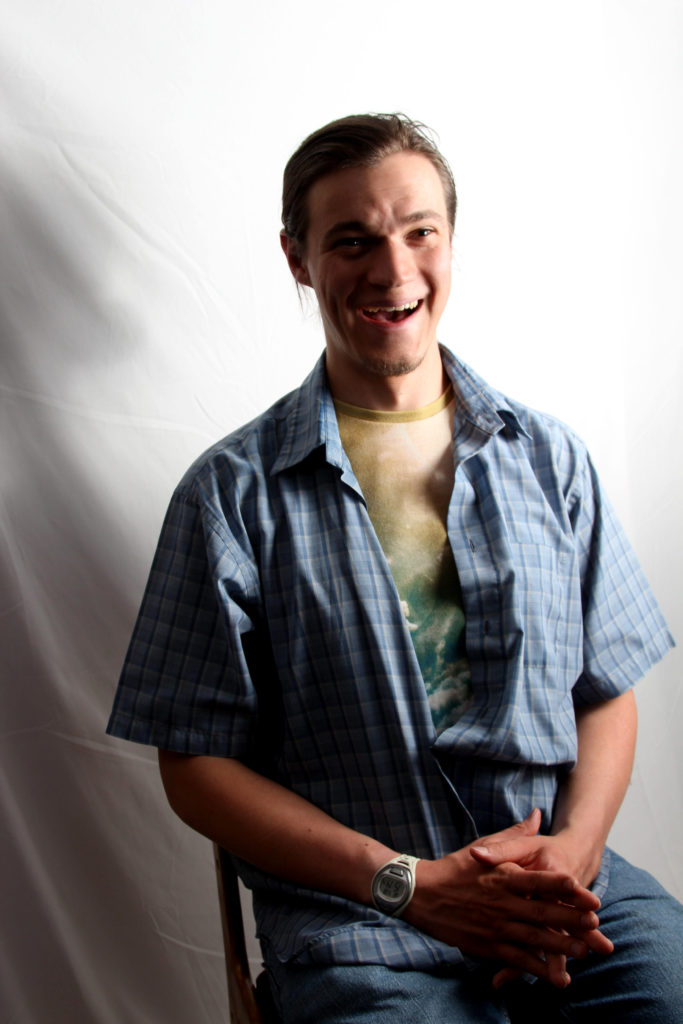 4 years ago
Luke Collier
Student Work, Summing Up 2019
No Comments

Boy, what a ride it has been! I enjoyed learning about the different aesthetic movements in class. I developed the vocabulary for describing the aesthetics, both in class and in the Movie Nights that were curated by Tyler. To me, the most memorable thing that Dr. Hertzberg told us in class is that art is not just for gentrified neighborhoods and communities in a state of peace and prosperity. Instead it is essential for humans to express themselves on a level other than words in order to explain their feelings, culture, and ideas for how a troubled world could change for the better.

My blog posts took many diverging paths, but one could definitely tell that I really am attracted to surrealist aesthetic designs: Things that look normal at first but then look more unusual the more you explore it.

First, I was inspired by the Glitch aesthetic. I learned about how people took video/image files and screwed with them in a text editor specifically to exploit the way the algorithms decode the data. They do this such that they get certain surreal effects that wouldn’t occur otherwise.

I had a vision for the patterns of circles I wanted to create for my Upcycle Project. At first it was used water bottles, but they were thrown away sooner than I could collect them. Then I found some lids, but needed more than the few I had to complete my project. Then I found…

Speakers! There are tons of old speakers in used goods stores, with various quality and status of repair. They are very difficult to throw away given that they are made with giant magnets, so I could find an abundance of them. I was still considering how I could incorporate them into a pattern of circles.

So I ended up making a wooden box about the size of a backpack with various speakers attached to it. Due to time constraints, I was only able to make three speakers in this wooden box.I l also made it a trapezoidal shape.

As we continue to the next phase of the class, I reflected on what I could offer the class and what I would like to learn from the class.

I began developing my idea for an Interactive Sonic Chair. I explored Prof. Hertzberg’s “1000 Chairs” book by Taschen and really considered many possibilites for the lounge that I eventually want to build.

However many ideas I had, I knew I only had enough time, money, and space to accomplish a small subset of the goals I had imagined. My senior design team was very demanding this year; I had to develop a complex assembly on top of being the main programmer for the team. As for money, I ended up gathering a free chair from storage, and spent most of it on electronics. I also spent on upholstery fabric and “pearlescent” mica powder. The total ended up being nearly $100, but I got enough to make at least two chairs (and turn everything into metallic pearly bliss!)

When it came to the design review, I had narrowed down what I wanted to make, but there was a lot of narrowing left to do. Reflecting on this, I think I did end up combining an arts-and-crafts style with grunge, but the way I did it made it look more steampunk and futuristic, given that the chair did end up less uniform in color, but shinier.

I played around with casting my chair into different aesthetics.

Design Movements of the Interactive Chair

We played the Aesthetics game where we combined an object with an aesthetic. I thought it was really neat to learn about the Bauhaus aesthetic and gained a lot of taste for it when I was looking for chairs on the used market.

By this time, I narrowed down my chair that I was going to use: an old neglected chair made in some Asian factory. It had an 80’s look to it. I wanted to give it some character: Make it look like something you’d want to sit in.

By the time my final in-progress post was made, I had gathered materials for the chair and had begun disassembling it. I had also tested the sensors on My next steps were to add upholstery and insert the sensors. Not too hard, right?

9 hours later, the chair was complete… almost. From a debugging standpoint, it functioned exceptionally well. The sensors were reading a continuum of pressures depending on how hard I sat on them in different spots, without maxing out, and the electronics worked the first time (Thank goodness!) From an aesthetics standpoint, the cushion looked a lot more appetizing to sit on. However, something more could be said about the color of the wood. I felt there was too high of a contrast…

SuperLounge Interactive Musical Chair: What and How

For better or worse, I told my parents that I was working on my chair. If there’s anything you need to know about my mom, it’s that she loves to paint chairs! I had a TON going on in Senior Design, so I dropped it off to her to sand, stain, and repaint it. I needed to delegate the task. It was a healthy exercise in letting go and trusting others. She was able to stain it to a color that matched the new leather. BUT… that night I had a vivid dream that the wood shimmered like a pearl, but somehow still retained its color. I had decided to act upon the dream and obtain mica powder. It worked perfectly, just in time for the class’s expo.

SuperLounge Interactive Musical Chair: The WHY and WHAT NEXT?

The sensors worked, but I still had miles to go before their data was translated into MIDI sounds. So, I slapped on a LED strip that reacted to the sensors. Nevertheless, it was a crowd-pleaser at Expo. I learned a lot about how people interacted with it and got some great feedback and ideas for future iterations.

Lastly, in the surreal, self-referencing nature of fractals, I summed up my experiences from the class in a final blog post about this class. I encourage you to click the link below to learn more about what I did this semester.